Todays guest on Nature Bats Last on PRN.FM was Professor Paul Ehrlich, author of over 30 books and numerous peer reviewed science papers.
Kevin Hester and Professor Ehrlich discuss the unfolding collapse, the nuclear implications of climate change, the Trump regime’s abject failure in Puerto Rico and many other aspects of the unfolding train wreck that we are all a part of wittingly or not 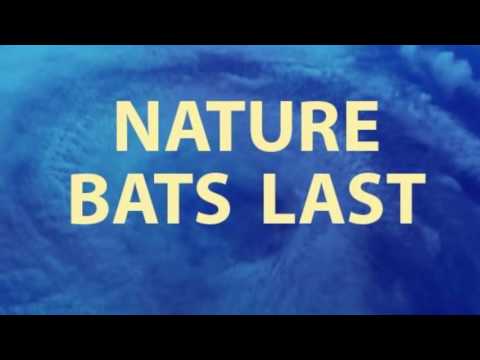 latest paper entitled; Biological Annihilation via the ongoing Sixth Mass Extinction is embedded Here
Abstract;
The population extinction pulse we describe here shows, from a quantitative viewpoint, that Earth’s sixth mass extinction is more severe than perceived when looking exclusively at species extinctions. Therefore, humanity needs to address anthropogenic population extirpation and decimation immediately. That conclusion is based on analyses of the numbers and degrees of range contraction (indicative of population shrinkage and/or population extinctions according to the International Union for Conservation of Nature) using a sample of 27,600 vertebrate species, and on a more detailed analysis documenting the population extinctions between 1900 and 2015 in 177 mammal species. We find that the rate of population loss in terrestrial vertebrates is extremely high—even in “species of low concern.” In our sample, comprising nearly half of known vertebrate species, 32% (8,851/27,600) are decreasing; that is, they have decreased in population size and range. In the 177 mammals for which we have detailed data, all have lost 30% or more of their geographic ranges and more than 40% of the species have experienced severe population declines (>80% range shrinkage). Our data indicate that beyond global species extinctions Earth is experiencing a huge episode of population declines and extirpations, which will have negative cascading consequences on ecosystem functioning and services vital to sustaining civilization. We describe this as a “biological annihilation” to highlight the current magnitude of Earth’s ongoing sixth major extinction event.

“The strong focus on species extinctions, a critical aspect of the contemporary pulse of biological extinction, leads to a common misimpression that Earth’s biota is not immediately threatened, just slowly entering an episode of major biodiversity loss. This view overlooks the current trends of population declines and extinctions. Using a sample of 27,600 terrestrial vertebrate species, and a more detailed analysis of 177 mammal species, we show the extremely high degree of population decay in vertebrates, even in common “species of low concern.” Dwindling population sizes and range shrinkages amount to a massive anthropogenic erosion of biodiversity and of the ecosystem services essential to civilization. This “biological annihilation” underlines the seriousness for humanity of Earth’s ongoing sixth mass extinction event.”
We discussed the loss of 80% of flying insects in Germany in the last 27 years. That aspect of collapse was covered brilliantly by George Monbiot of the Guardian entitled “Insectageddon”,  embedded here and by the great blogger Robert Hunziker via Counter Punch entitled “The Ecosystem is Breaking Down”, embedded here

Paul and I discussed the recent announcement from new Prime Minister Jacinda Adhern   who has committed to a new climate change category visa which may be introduced in New Zealand in response to our pacific neighbours’ displacement caused by climate change. More information on that brilliant news is embedded Here
All previous shows on Nature Bats Last are embedded Here

Professor Guy McPherson, former host of the show has previously been in  a conversation with Paul Uhrlich which is embedded Here   Guy is currently touring Canada and will soon travel to Norway, his schedule is continuously being updated at the Current Events Tab at his blog Nature Bats Last