Home › Uncategorized › What to Do at the End of the World?

What to Do at the End of the World?

I didn’t write the title to this article but it sums up the tone and direction of the conversation perfectly when considering the attack the living planet is under!
I was interviewed recently by Kollibri terre Sonnenblume for his website and then the article was subsequently published on Counter Punch.
The audio version of this discussion is embedded here;
Sonnenblume: There’s very little awareness of the United State’s imperial status within the United States.

Hester: Yes, it’s extraordinary for us anti-imperialists on the outside, looking in. It’s incredible. But one of the points I make all the time about imperialism is that you can’t be an environmentalist and not be anti-imperialist because the US Pentagon is the single largest consumer of fossil fuels on the planet, so the carbon footprint of the US military machine is enormous. And then there’s the massive carbon footprint of all the nations responding to it in kind and warming up. So the warmongering on the planet is probably the single largest individual contributor to climate change. 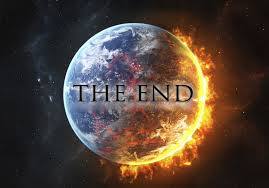 Previously on this blog, I have interviewed Professor Paul Ehrlich about the collapse of the flying insect population in Germany. The latest information from Europe is that the same is now unfolding in France and no doubt across the continent.
I lived in France in the late 80’s and when staying in a lock keepers house on a disused canal in the country side, whilst sitting around reading, I noticed there was neither birdsong, birds nor insects. I asked Auvray Fabrice my host why and he pointed to the vast fields of rape seed and mono cropping around us and he casually mentioned it was all bathed in herbicides and pesticides and he had watched all the birds and insects disappear. That was 30 years ago!! The situation is now infinitely worse and deteriorating quickly.
In Professor Paul Ehrlich’s interview on my radio show “Nature Bats Last” on PRN.FM I questioned Paul about his latest paper titled; “Biological Annihilation via the ongoing Sixth Mass Extinction”, we discussed the collapse of the flying insect populations in neighbouring Germany. So now I know it’s happening in both these countries!
We are in an undeclared planetary emergency and no one, not one government on the planet is doing anything except tinkering around the fringes while Rome burns. We are left leaderless in the perfect storm with just a few scientists like Dr Mike Joy from Aotearoa New Zealand, Professor Guy McPherson, Paul Beckwith and Sam Carana raising the alarm.
Below is an article from the conservative Guardian documenting the insect population collapse in France. Everywhere I look collapse is unfolding;
‘Catastrophe’ as France’s bird population collapses due to pesticides.