Home › Catastrophe › The Pain You Feel Is Capitalism and the Living Planet Dying.

The Pain You Feel Is Capitalism and the Living Planet Dying. 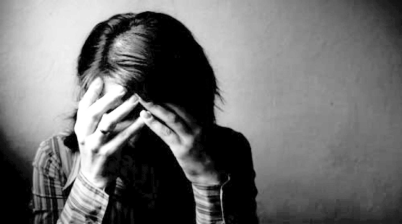 We have exceeded all of our planetary boundaries and we have psychopaths at the helm of our sinking ship, armed to the teeth. They will fight to the bitter end. Nowhere on the planet do I see a political party planning for the collapse of society and our biosphere.  We go into collapse leader-less, with thousands of nuclear weapons on a hair trigger. The human movie can only end badly, very badly and very soon and we take the rest of the complex life-forms with us down the cul de sac of extinction.  More on ‘The Collapse of Industrial Civilisation‘, here.
———-

Dahr Jamail  and Guy McPherson discuss this same subject here:  ‘Mass Extinction: It’s the End of the World as We Know It‘:  “Today’s current scientific and observable evidence strongly suggests we are in the midst of the same process – only this time it is anthropogenic, and happening exponentially faster than even the Permian mass extinction did.”  Continues at link.

Industrial civilisation is a heat machine that is killing the living planet and cowboy capitalism is at the helm of our sinking ship.

Karl Marx was vilified for his criticisms of capitalism’s infinite growth  paradigm where in reality Infinite growth on a finite planet was always unsustainable and now is knocking at the door.
———-

Also very good:  ‘The Pain You Feel Is Capitalism and the living planet dying‘:  “It can be very confusing to know that you won’t find a decent job, pay off student loans or put in a down payment on a house in the next few years — even though you may have graduated from a top-tier university or secured glowing references from all those unpaid internships that got you to where you are today.

“Even if you are lucky enough to have all of this going for you, you’ll still be one among hundreds of applicants for every job you apply for. And you’ll still watch as the world becomes more unequal, with fewer paid opportunities to do what you feel called to do in your work or for your life path.

“What’s more, you won’t find much help from your friends because most (if not all) of them are going through the same thing. This is a painful and difficult time that is impacting all of us at once.

“There will be people who tell you it’s your fault. That you aren’t trying hard enough….”  .

47 comments on “The Pain You Feel Is Capitalism and the Living Planet Dying.”