Wet Bulb Temperature Soon to Become Leading Cause of Death

As our Abrupt Climate Change Catastrophe becomes more extreme the leading cause of death on the planet will be humans hitting their   Wet Bulb Temperature.

Robertscribbler has written about this phenomenon here:

‘Never-before-seen high temperatures and high humidity are resulting in thousands of heat injuries and hundreds of heat deaths across India. In some places, wet bulb readings appear to be approaching 35 C — a level of latent heat never endured by humans before fossil fuel burning forced global temperatures to rapidly warm. A reading widely-recognized as the limit of human physical endurance and one whose more frequent excession would commit the human race to enduring an increasing number of episodes of killing heat. A boundary that scientists like Dr. James Hansen warned would be exceeded if a human-forced warming of the world was not halted.’  Article continues.

“In a recent study with Matt Huber, we showed that it doesn’t take that many degrees of global warming to permit peak heat summertime heat stress to (occasionally) become unsurvivable, in many parts of the world that are currently highly populated.”

“We came to this conclusion by considering a meteorological quantity called the wet-bulb temperature. You measure this quantity with a normal thermometer that has a damp cloth covering the bulb. It is always lower than the usual or “dry-bulb” temperature; how much lower depends on the humidity. At 100% humidity (in a cloud or fog) they match. In Sydney and Melbourne, even during the hottest weather, the wet-bulb usually peaks in the low 20’s C. The highest values in the world are about 30-31C, during the worst heat/humidity events in India, the Amazon, and a few other very humid places.
Climate Change Research Centre (CCRC) – The University of New South Wales Sydney NSW  Australia, paper shared here:  ‘What is Wet Bulb temperature?‘ 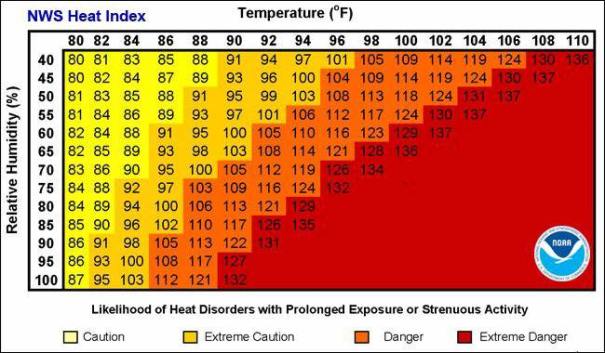