The audio of the episode is embedded here:

“Dr. Bradshaw is the Matthew Flinders Fellow in Global Ecology at Flinders University, where he directs the Global Ecology Laboratory and is also Chief Investigator of the ARC Centre of Excellence for Australian Biodiversity and Heritage. He heads the Flinders Modelling Node of the latter organization. Professor Bradshaw has published some 300 peer-reviewed scientific articles, 11 book chapters and 3 books. His book titles include The Effective Scientist, published by Cambridge University Press and, from Chicago University Press and co-authored by occasional guest on this show Professor Paul Ehrlich, Killing the Koala and Poisoning the Prairie. In total, his work has been cited more than 20,000 times. Bradshaw is co-Head of the Ecology Section of the Faculty of 1000 and a Fellow of the Royal Society of South Australia. He was awarded the 2017 Verco Medal from the Royal Society of South Australia, a 2017 Rockefeller Foundation ‘Bellagio’ Writer’s Fellowship, the 2010 Australian Ecology Research Award from the Ecological Society of Australia, the 2010 Scopus Young Researcher of the Year, the 2009 HG Andrewartha Medal, and a 2008 Young Tall Poppy Science Award. He is regularly featured in Australian and international media for his research. The Professor’s blog has been visited more than 2.3 million times.” Quoting  Professor Guy McPherson

Links to Professor Bradshaw’s published works are embedded here, his personal blog with a subscription option is Conservation Bytes

“More than 99% of all species that have ever existed have gone extinct”. See the short presentation at the top of the Professor Bradshaw’s blog for more on that diamond of information and lets get over our human hubris and invincibility.
We have previously discussed on the show Professor Bradshaw’s work with Professor Paul Ehlich. That episode is embedded in the following link: Professor Paul Ehrlich returns to Nature Bats Last
Until recently I assumed that at least Tardigrades would get through the extinction bottleneck. That has recently be called into question as we discussed on the show and  below;
“Tardigrades are tough little critters. When conditions get nasty, they can dry out, reconfigure their bodies and enter suspended animation – called dessication – for years. You can throw virtually anything at them: frozen temperatures, zero oxygen, high pressures, the vacuum of space, cosmic radiation, and even being boiled.”

“But new research has shown these tiny organisms may have a weakness – long-term exposure to high temperatures, even in their dessicated state. The longer the temperatures are maintained, the lower the tardigrades’ chances of survival.”
Tardigrades Are Basically Indestructible, But Scientists Just Found Their Weak Point

In the following embedded Flinders University presentation Professor Bradshaw jokes that his colleagues describe him as Dr or Professor Doom. This subtle form of gas lighting has stoked scientific reticence as the extinction event accelerates, discouraging the less courageous scientists from telling you what they really think is unfolding. Professor Guy McPherson and I admire Professor Bradshaw’s courage, professionalism and scientific integrity. BRAVE | There’s No Plan(et) B – What you can do about Earth’s extinction emergency. 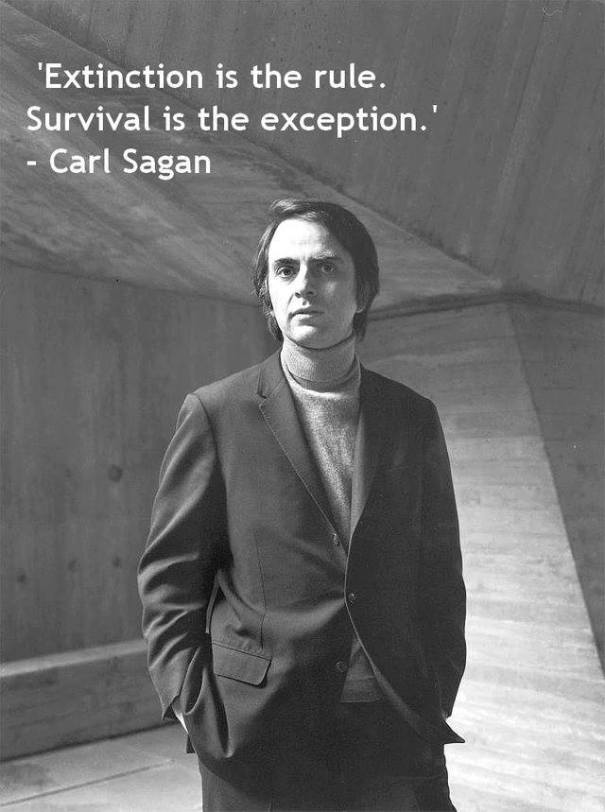 Professor Bradshaw and I discussed the Great Barrier Reef in Australia. Embedded below is the trailer to a new documentary titled “Murder On The Reef”

All my time at sea over 16 ‘blue water’ passages and hundreds of races taught me the importance of the “Precautionary Principal”. The prudent skipper needs a wide margin of error. Caution and prudence seems to have been cast to the wind as the dominant culture grinds the living planet into dust.
Next months guest will be Jeff Gibbs, director of “Planet of the Humans” recently censored off You Tube for daring to question the renewables sector.